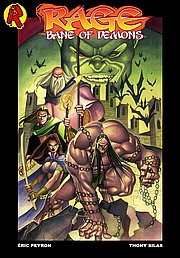 A very long time ago, hordes of demons came out from the depths of Hell to conquer Earth and dominate humanity. Witnessing the war between Demons and Humans, Gods decided to make a divine creature, powerful enough to become their champion.
They called this creature Raaj, and sent him to Earth so that he could wage his own war against demons.

Raaj slaughtered every demon he could find without mercy. Then, seeing no more demons to fight, Raaj began to slaughter humans too. Appalled by the acts of their creature, whom humans came to call "Rage", Gods descended to Earth and imprisoned him in the heart of a mountain.

Thousands of years have passed, and demons have now begun to reappear on Earth.
Master Demon Torg has conquered one of the fortresses of King Kothas, Lord of the Kingdom of Arthkan. After having slaughtered entire armies, Torg is asking for supplies and sacrifices. Knowing about the Legend of Rage, King Kothas orders High Mage Nicodemus to mount an expedition to the mountain where Rage has been imprisoned.
And to free him.

Eric Peyron
Born in Marseille, France, Eric Peyron has created the Rage Website in 2008, so as to find a penciler for a script he had written almos twenty years earlier.
Eric Peyron is currently working on Rage The Series with penciler Alan Quah.

Thony Silas
Born in Recife, Brazil, Thony Silas is part of the many talented artists working for Glasshouse Graphics. For the Rage Project, he has been willing to experiment with a new technique : painting in watercolor over his own pencils.
Thony has since participated in many other projects, and is now pursuing a promising career as an illustrator.
His blog

Steve Wands
Steve Wands is an artist by day, and a writer by night. He is the author of the Stay Dead series and many short stories. His lettering has littered the pages of comic books around the world.
Steve was tasked to letter Rage and create its logo, effectively marrying the script and art.
He has since returned to his work as letter for various high-profile publishers.
His blog 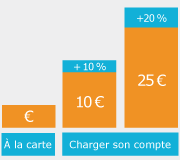